Over the new year holiday, I had occasion to lunch at the Black Friar Pub in London. Located at 174 Elizabeth Street, it is considered by many to be the one of the finest examples of Art Nouveau architectures in London. The building is “Grade-II Listed” – i.e. the Historic Buildings and Monuments commission of England recognizes this as a structure of special architectural or historical significance

While the exterior of the building is significant, the interiors are a whole story unto themselves. So much so, that a casual report seemed warranted. Before we get to the specifics of the pub itself, indulge me in a little back story.. 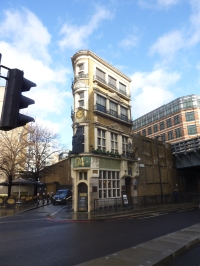 Friars are members of a wandering, beggar orders founded, and sanctioned by the pope in the 12th or 13th century.

They are called to live in the service of society in the Catholic tradition, while upholding the evangelical vows of poverty, chastity, and obedience to the order.

The friars belonging to the the Dominican order are required to wear a black cloak over their robes made of white wool, whenever they appear in public. Thusly, the Carmelites are known as the White-friars, and the Franciscans as Gery-friars.

The Dominican order was founded by St. Dominic de Guzman of Spain, and sanctioned by Pope Honorius-III in 1216. The legend is that his barren mother undertook a pilgrimage to Santo Domingo de Silos, where she had a dream of a dog leaping from her womb with a torch in its mouth, and seemingly setting the earth on fire.

Dominicanus in Latin is an interplay on the words Domini Canus: “Dog of the Lord” is a nod to this story.

These Dominican Friars moved their priory house from Holborn to the area between Thames river, and Ludgate Hill – the southwest corner of what is now tCity of London- in 1276. In the words of Father Walter Gumbley, a member of the Dominican order who died in 1968..

THE name Blackfriars is a survival of our Catholic past. To the average Londoner — that most provincial of Englishmen — it suggests a certain bridge over the Thames, or perhaps the station on the District Railway. For the man with little sense of history, who gathers his associations from things around him, historic names easily lose their original significance. Waterloo in London or Liverpool does not always smite the imagination with visions of Wellington and 1815. Carmelite Street harbours men whose ways are far removed from those of the friars of Carmel. The Coliseum is badly named if it is meant to suggest its namesake in Rome. And the Alhambra does not exactly speak to us of the glories of Spanish art.

How often does the word Blackfriars as currently used in London to-day bring to mind the Dominicans? Yet it is certain that the Dominicans, or to give them their correct title, Preaching Friars or Friar-Preachers, were generally known as Blackfriars in pre-Reformation days, though it is not easy to say at what date precisely the name first appears. The Dominican habit consists of a long tunic or gown of white wool over which is worn a long scapular and a hood or capuce of the same colour and material. The Rule enjoins that, outside his convent, the friar should wear the cappa, the name given to a long black cloak, together with a hood, also of black. Thus to the outsider the Friar-Preacher would appear robed in black. From this fact arose the name Blackfriar.

The Art Nouveau movement is also known as the “Arts and Crafts” movement in the UK, and USA. Apparently, this was the original “Rage against the Machine”. It glorified traditional craftsmanship using simple forms over machine produced goods, and often used medical, romantic, or folk styles of decoration.

The pub stands on the site of the Blackfriars priory. It was remodeled in the Arts and Crafts style in 1905 by the architect Herbert Fuller-Clark, and the interiors were done by sculptor Henry Poole. In a nod to the history of the site, the interior is themed like a medieval church. Multicolor marble, and alabaster  are used as tiles and mosaics on the walls and ceiling. Copper reliefs, and carved images of jolly friars going about everyday life adorn the walls, and add a note of gaiety to the medieval feel of the pub. Pithy, and lighthearted mottos are mingled with mock gargoyles add additional light hearted touches to help lift the sombre mood. 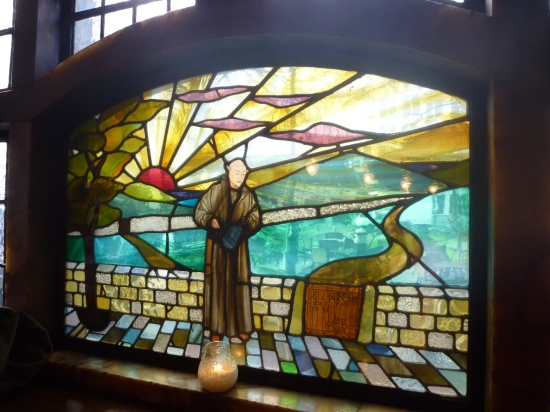 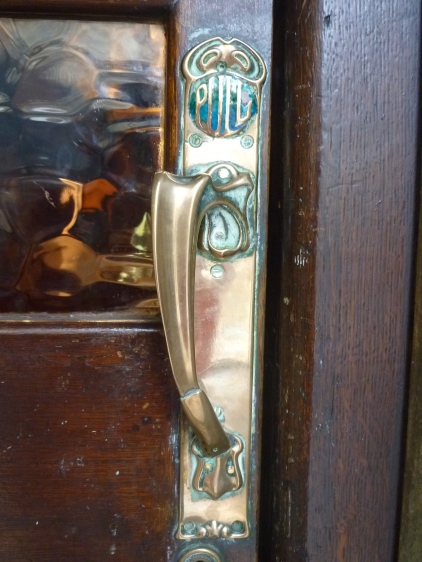 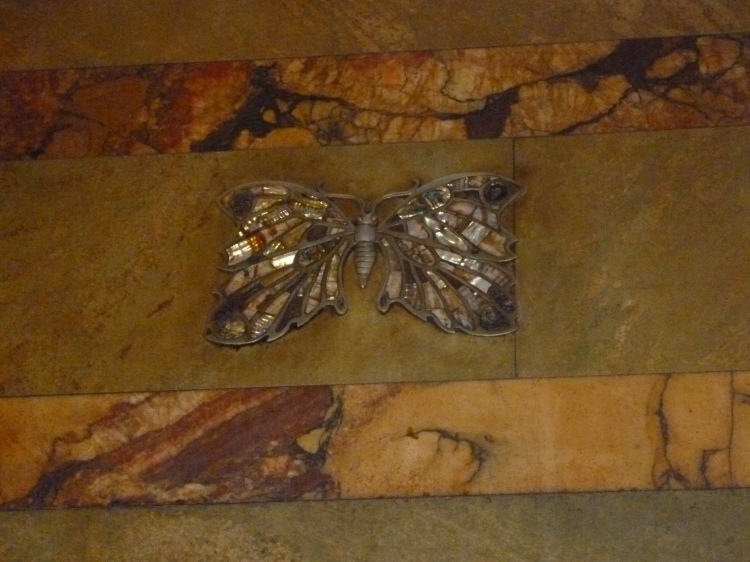 As is usual for pubs in the UK, several excellent bitters, and beers are available on tap. In addition, the food is good. Both, the sandwiches, and pies are recommended.

A good lunch in a fabulous quirky, historic pub! Now would that not be something to look forward to on your next business trip to London?

I have used Google searches and Wikipedia to find most content. My creative contribution to the above is limited to what I have elided in an attempt to present an enjoyable read.

This is a text widget, which allows you to add text or HTML to your sidebar. You can use them to display text, links, images, HTML, or a combination of these. Edit them in the Widget section of the Customizer.
%d bloggers like this: